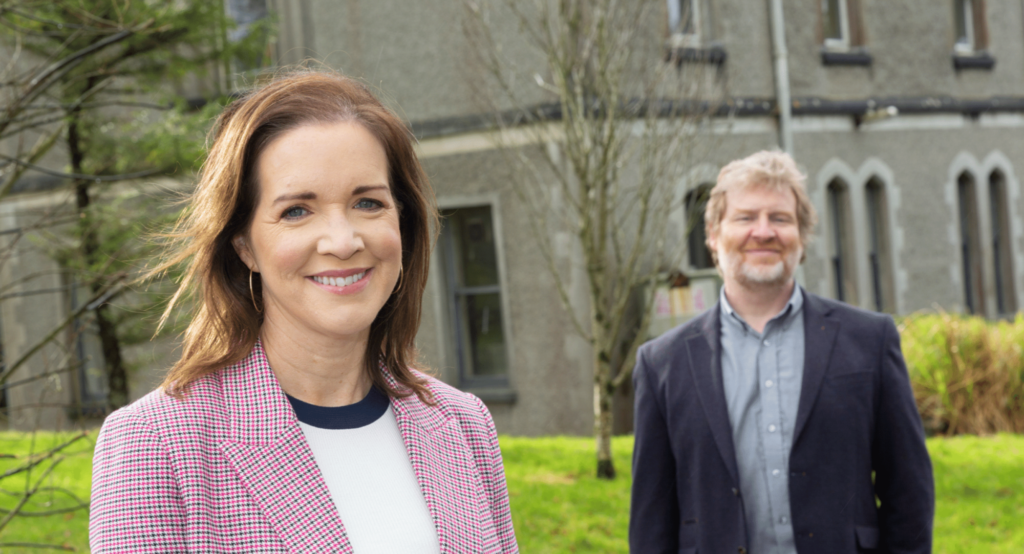 CREW’s focus will be on the development and scaling of creative digital entrepreneurs, job creation, incubation and accelerator programmes, training, and outreach services along the Atlantic Economic Corridor.  Plans are also under way for the development of a Centre of Excellence providing enterprise and co-working space, on the GMIT Centre for Creative Arts & Media, Cluain Mhuire campus, Galway.

Niamh Costello, Chief Executive of CREW has a wealth of entrepreneurial, business and industry experience, following 7 successful years as General Manager of the Galway Technology Centre.  She is also a founding member of Galway City Innovation District, who’s first building is the high profile Portershed.  Niamh also holds the position of National Vice Chair and Director of the National Association of Community Enterprise Centres, NACEC which represent over 120 centres across Ireland. She’s also a previous director of Galway Chamber and Network Galway.

CREW has been approved for funding on this project under the Department of Enterprise, Trade and Employment’s Regional Enterprise Development Fund administered by Enterprise Ireland.  and it aims to develop an ecosystem and a suite of business and technical support services in the West for the Digital Creative sector. Supporting enterprises in areas such as design, digital visual arts, film and TV production, animation, gaming, content development and AR/VR. CREW is also working with Údarás na Gaeltachta on enterprise initiatives.

Supporting the already growing and scaling creative digital entrepreneurs in the West which will contribute significantly to sustainable regional economic and social development is a priority for CREW. Powering increased Foreign Direct Investment (FDI) into the region due to the vibrant ecosystem, numbers of talented professionals, infrastructure, and community will be integral to CREW’s role. The development of CREW’s, Centre of excellence providing enterprise and co-working space will also create exciting and dynamic connections amongst the 100+ Atlantic Economic Corridor (AEC) Hubs.

Dr. Paddy Tobin, Head of School, Design and Creative Arts at GMIT and CREW co-founder, says “The CREW project aligns perfectly with developments in GMIT’s creative programmes in Film & Documentary, Design, Contemporary Art, Animation & Game Design, and Creative Media. The CREW project and the creative sector is also directly supported and addressed by initiatives from the Western Development Commission, Galway Film Centre, Údaras na Gaeltachta, Local Enterprise Offices and Enterprise Ireland. Major employers such as TG4 are also contributing important assistance and opportunities for creative entrepreneurs. All of this positive collaboration coupled with the appointment of Niamh Costello as Chief Executive makes for exciting news for the sector in 2021”. He went on to say, “Niamh’s experience, track record, and passion for economic development and job creation will catalyse and advance the progress of creative entrepreneurs and enterprise within our region. Her previous success in collaborating with major regional stakeholders will be significant in advancing the inherently collaborative creative industries and our plans at CREW”.

Niamh Costello has over 20 years’ experience in leadership roles. Commenting on her appointment as Chief Executive of CREW, Niamh Costello says

“I am delighted to take up the post of Chief Executive of CREW and for the opportunity to continue building on the success of the Creative Digital sector in the west. My passion for supporting great entrepreneurs has played an important role throughout my career and I am sincerely looking forward to working with the board of CREW, to deliver on our vision to support job creation and growth in the industry.”

Gillian Buckley, Investment Manager at the Western Development Commission (WDC) and CREW co-founder commented, “The WDC identified the Creative Industries sector as a key strength and opportunity for the Western Region and CREW is a key element of delivering on this vision to support enterprise and jobs throughout the West.  A key element of CREW will be to support creative businesses based in the AEC Hubs which will revitalize rural towns and villages.“

Connect with us on social @CREWDigital1 for all of the latest updates on CREW Initiatives.

We use cookies on our website to give you the most relevant experience by remembering your preferences and repeat visits. By clicking “Accept All”, you consent to the use of ALL the cookies. However, you may visit "Cookie Settings" to provide a controlled consent.
Cookie SettingsAccept All
Manage consent

This website uses cookies to improve your experience while you navigate through the website. Out of these, the cookies that are categorized as necessary are stored on your browser as they are essential for the working of basic functionalities of the website. We also use third-party cookies that help us analyze and understand how you use this website. These cookies will be stored in your browser only with your consent. You also have the option to opt-out of these cookies. But opting out of some of these cookies may affect your browsing experience.
Necessary Always Enabled
Necessary cookies are absolutely essential for the website to function properly. These cookies ensure basic functionalities and security features of the website, anonymously.
Functional
Functional cookies help to perform certain functionalities like sharing the content of the website on social media platforms, collect feedbacks, and other third-party features.
Performance
Performance cookies are used to understand and analyze the key performance indexes of the website which helps in delivering a better user experience for the visitors.
Analytics
Analytical cookies are used to understand how visitors interact with the website. These cookies help provide information on metrics the number of visitors, bounce rate, traffic source, etc.
Advertisement
Advertisement cookies are used to provide visitors with relevant ads and marketing campaigns. These cookies track visitors across websites and collect information to provide customized ads.
Others
Other uncategorized cookies are those that are being analyzed and have not been classified into a category as yet.
SAVE & ACCEPT